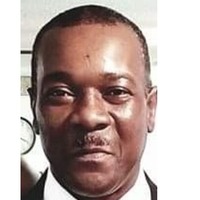 Order Flowers
for the Family

Show Your Sympathy
to the Family

Our beloved Michael Angelo Brown was born February 1, 1969 in Northampton County, Virginia.  Michael transitioned to eternity on March 25, 2021 at The Citadel, Nassawadox, Virginia.  He was predeceased by his parents, Thelma Lee Brown and Alvin A. Bracey, Jr.

As a young boy, Michael attended church with his grandmothers.  He was a member of Saint Stephen’s African Methodist Episcopal Church in Cape Charles.  He attended Cape Charles Public School and graduated from Northampton High School.  Michael was a member of the high school band and selected for the All-Shore Band on several occasions.  He loved playing the trombone.  After graduating from high school, Michael enlisted in the United States Army.

Michael returned home after separating from the Army.  He was employed by Perdue Farms, Bayshore Concrete and Sting Ray’s Restaurant.  Later, he attended Eastern Shore Community College where he received his certification as an Electrician.  Electrical work became his passion.  He took pride in his work and was often called for emergency electrical problems.  #No Lights!  Even during his illness, Michael believed he would work again.  In February, he attempted to work again.

Michael loved to cook. He willingly served as the “Grill Master” for family barbeques and gatherings. He enjoyed making a variety of stir-fry dishes.  He made sure his friends were well fed.  Michael would always leave with two or three plates and say, “I know a guy”.  He was also a huge Dallas Cowboys fan.  He was looking forward to their “Comeback”!  He thought that Dak would be the man to turn the team around!

Michael loved children. He was delighted when talking about his grandchildren, Kyleigh, Kamron, and Madisyn.  He said that Kyleigh could talk you out of anything.  He enjoyed spending time with his nieces and nephews and made certain to acquaint them with Mitchell’s Store for candy and treats. He would also share his Little Debbie Snacks with them.

To send a flower arrangement or to plant trees in memory of Michael Angelo Brown, please click here to visit our Sympathy Store.