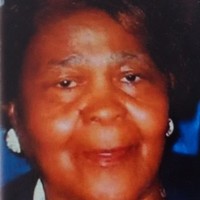 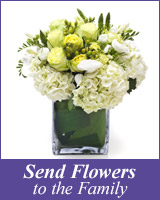 Beatrice Battle,  the daughter of the Late Henrietta Sessoms and Willie Battle was born on April 8, 1932 in Ahoskie, North Carolina.  It was God's desire to call His loved one to rest on October 2, 2019 from Sentara Virginia Beach General Hospital in Virginia Beach, Virginia.

Ms. Bea, as most people best knew her, moved to Virginia at a young age where she completed her education.  She accepted Christ as her Lord and Savior at an early age and joined the First Baptist Church Cape Charles, VA.  She enjoyed fellowshipping with her church family and friends.  She loved to cook during holidays and especially during Christmas, her favorite holiday, where she invited all her family and friends to her home.

Ms. Bea was a lifelong resident of Cape Charles where she raised her 10 children with God's blessings.  She later moved to Eastville and enjoyed two years there.  She was a loving mother, friend, and confidant.  She always had an infectious smile when you saw her.  She loved being a mom and often told her children how much she loves them.  She will be missed so much.

Mom was a loving mother, grandmother, aunt, and friend.

The interment was be in the Ebernezer A.M.E. Church, Capeville, Virginia.